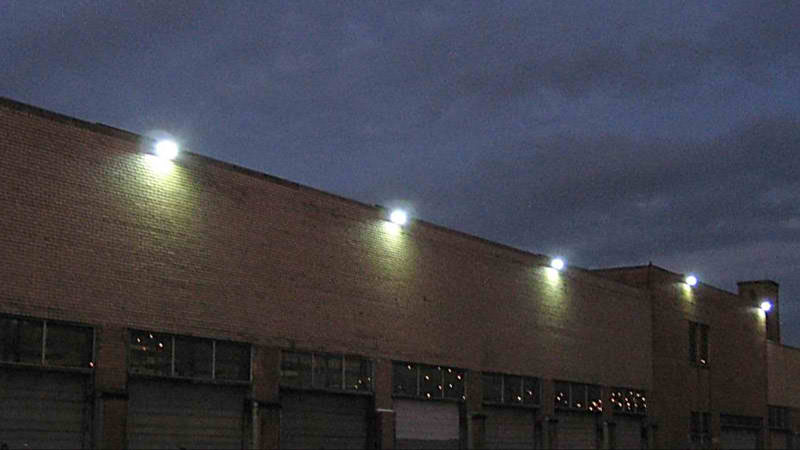 Northern Border In-Transit, LLC (NBIT) located in Detroit, Michigan, has selected products made by Lumerica’s predecessor, LumaSmart, to upgrade its exterior lighting with LED wallpacks. NBIT’s transit facility located near the Detroit River was the first location to install the Lumerica LED Wallpack. Lumerica LED Wallpack, which draws 60 watts of electricity, will replace 400 watt High Intensity Discharge (HID) lights that currently draw 465 watts with ballasts factored in –an 85% savings in energy. Typically, Lumerica’s LED Wallpack replaces 175 to 200 watt HID fixtures, but the energy management consultants for NBIT determined that the current 400W wasn’t very effective. Consultant Joe Thiel explains: “Typically, a bulb-type HID fixture may be only 60% effective –a lot of the light an HID fixture produces doesn’t get to the intended target –it becomes light pollution or it can’t get out of the fixture. The Lumerica LED Wallpack puts light right were NBIT needs it: over the dock doors and on the driveway, and it does so very effectively….without light pollution or trapping any light in the fixture. In addition, the LEDs in the Lumerica Wallpack fixture provide a clear, fresh looking light for enhanced visibility and safety.”