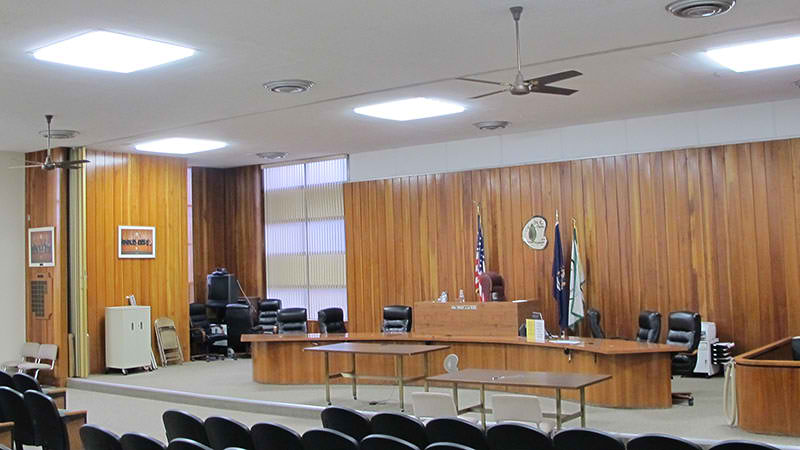 Like so many businesses and municipalities, the City of Harper Woods had to determine what light source would replace the fluorescent T12 lamps in its facilities; the US Department of Energy’s 2010 mandate that magnetic ballasts most commonly used for the operation of T12 lamps would no longer be produced meant that T12 lamps and ballasts would have to be replaced by a more energy-efficient light source.

In 2013, Randy Skotarczyk, City Manager, contacted Lumerica and inquired as to what converting to LED would look like, not only from a light output perspective, but a financial perspective as well. “I knew LED was the light source we should look to, but I was concerned about being able to afford it. Every municipality I know of is looking for ways to be more efficient and cost-effective.”

After a site visit and research, Lumerica demonstrated to Harper Woods how it could reduce it’s lighting electricity demand by over 50% by converting to LED technology, and how such savings would in turn pay for the project in a short period of time, and after the payback period, save the City significant resources.

After replacing over 600 fluorescent lamps with LED technology, the City of Harper Woods will use 55% less electricity for lighting. Project payback is projected to be between 1.2 and 3.2 years. The city will also save $2,000 a year in maintenance due to the long life of Lumerica LED light fixtures.

"When they came in and showed how they could nearly double the light in the courthouse while cutting the energy usage in half, I was impressed. After they showed us the savings to be realized after converting our entire facility to LED technology, I asked how soon they could complete the change out so we could start saving."