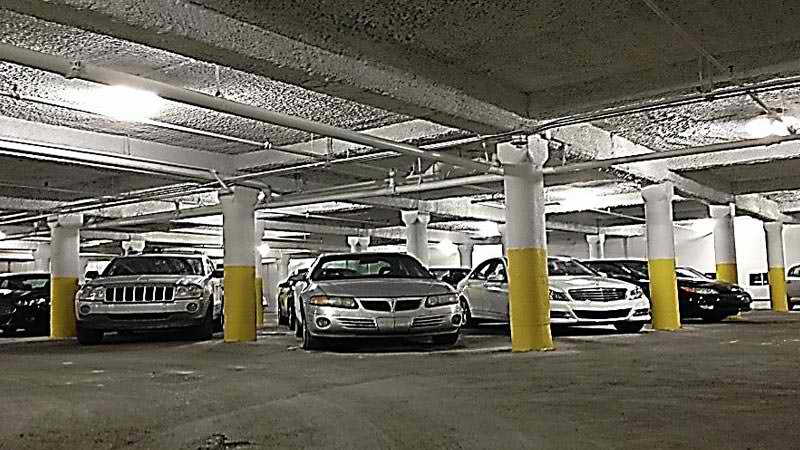 When Birmingham, MI, based Broder & Sachse Real Estate Services bought the 80,000 square foot office building at 440 E. Congress St. in downtown Detroit, one of the first projects contemplated was improving lighting in the parking garage. The last renovations to the 90 year-old building were made in the 1980s, and it was clear it was time to replace the existing light fixtures with more energy-efficient products.

“We were a little concerned at first….this garage had high pressure sodium fixtures mounted in odd locations –resulting in spotting and an uneven light pattern”said Chris Osterman, the installing electrical contractor. Given that early generation LED light fixtures have a reputation for producing directional light which would also result in spotting, the concern thatLED fixtures would produce the same result was understandable. But after installation and seeing Lumerica LED fixtures in service, many were surprised. The Lumerica LED Garage fixtures eliminated most spotting and provided an even light pattern, even given the odd mounting locations. “It is really incredible.” said Osterman.

The parking garage will use 63% less lighting energy with Lumerica LED fixtures than with high pressure sodium technology. 440 E. Congress will also save more than $3,000 a year in maintenance costs due to the long life of Lumerica LED light fixtures.

Lumerica’s LED Light Fixtures are also completely modular and can be serviced to last another life cycle. No need to replace the entire fixture, just replace the necessary part at the end of life cycle.

"As more and more businesses move into the city, parking will be at a premium, and we'll be well positioned competitively ."